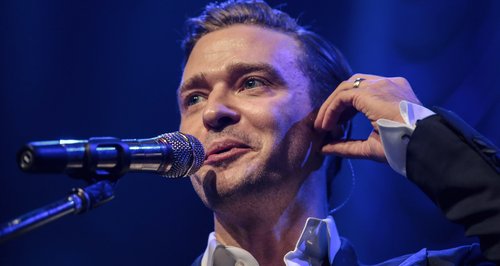 See the full list of UK tour dates from the 'SexyBack' star.

Global superstar Justin Timberlake has revealed plans to bring The 20/20 Experience World Tour to the UK for five shows in Spring 2014.

Check out the full list of Justin Timberlake UK tour dates below:

Justin performed at London's iconic Roundhouse last night for the penultimate night of the iTunes Festival 2013, just days after being nominated for five gongs at the MTV EMA 2013.

The 20/20 Experience World Tour will continue across Europe following his UK tour dates kicking off in Zurich on April 14th.

General tickets for The 20/20 Experience World Tour UK are on sale now, and to book yours simply call the Capital FM ticket line on 0330 33 33 123 or buy them here online.

Who is Justin Timberlake's UK tour support act? It's ALL Justin on his UK tour with no confirmed support act. Expect an epic show from the 'SexyBack' star has he pulls out all the biggest tunes from his back catalogue!