Justin Timberlake Heads Back Into The Recording Studio In Los Angeles

The 'SexyBack' singer will unveil his follow up to 'The 20/20 Experience' later this year.

Justin Timberlake has been spotted leaving a recording studio in Los Angeles this week as he continues work on his new album.

The 'Cry Me A River' is preparing to unveil the follow-up to 'The 20/20 Experience' later this year and was sporting a black trilby and t-shirt.

As well as working on his own record in September, the singer has also teamed up with Jay-Z for his next record 'Magna Carta Holy Grail'.

The pair will also be back in the UK in two weeks for the Wireless Festival 2013.

Check out a picture of Justin leaving the recording studio in LA below: (Picture: Splash) 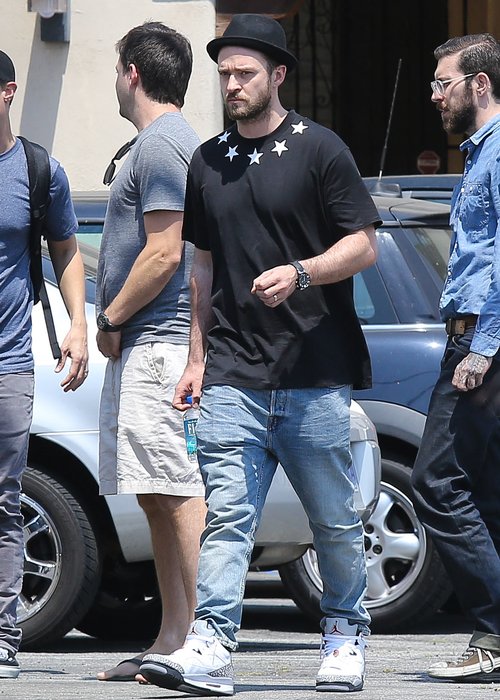 Justin and Jay also embark on their 'Legends Of The Summer' world tour later in the month.

The pair also scored the huge hit 'Suit & Tie' together earlier this year.