The Napster co-founder speaks about constantly being thought of as the character in the Academy Award winning movie.

Napster co-founder Sean Parker has said that he is constantly confused with Justin Timberlake's portrayal of him in the hit movie The Social Network.

The 'SexyBack' singer stars in the Academy Award winning film and Sean told CNET that he is seen as a "symbol" created from writer Aaron Sorkin's imagination.

"I suppose I need to get used to this, since I'm forever conflated with the JT character in the The Social Network," he said. "I'm no longer me.

The comments come as the Napster man faced accusations over his recent wedding in a Redwood Forrest. 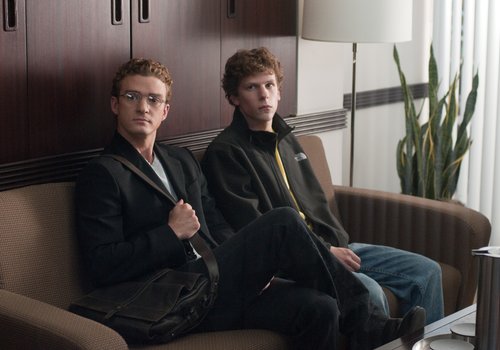 Meanwhile, Justin will be back on the big screen this year in the new Coen Brothers film Inside Llewellyn Davis as well as starring alongside Ben Affleck in Runner, Runner.