The 'SexyBack' star has been rumoured to be taking over from Seth MacFarlane for the next Academy Awards.

Justin Timberlake's rumoured appearance as host of the 2014 Oscars has been shot down and called "premature" and "ridiculous".

The "Cry Me A River' singer had apparently impressed the show's executives during his hosting stint on Saturday Night Live – making him number one on their most wanted list for the event.

According to Gossip Cop, a source close to the singer has now hit out at such reports claiming nothing has been discussed.

Justin is currently busy promoting his new album 'The 20/20 Experience' – which is expected to shift over one million copies in the US.

The record would give him his biggest ever opening week sales and add to his achievements this week after claiming the UK number one. 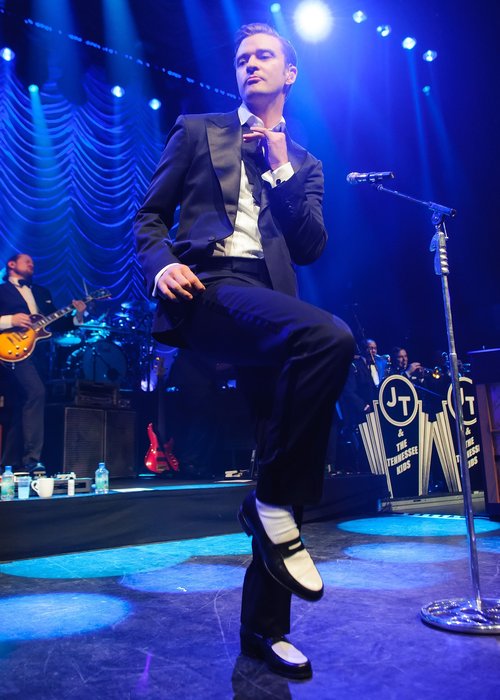 Meanwhile, the 'What Goes Around' singer is also preparing to head out on tour this summer with Jay-Z.

It has also been suggested that he could head out on his own solo set of shows towards the end of 2013.