The 'Take Back The Night' star was seen out and about in the Big Apple this week.

Justin Timberlake was seen out in New York this week filming a new music video.

The 'SexyBack' singer recently debuted his next single 'Take Back The Night' and was seen with a sharp new haircut as he waved to the paparazzi out in the Big Apple.

He was sporting a white and black t-shirt with rolled up dark jeans as he was escorted around with a security team.

Meanwhile, Justin was among the most nominated stars at the MTV Video Music Awards 2013 this week.

Check out a picture of Justin filming his new music video below: (Picture: Splash) 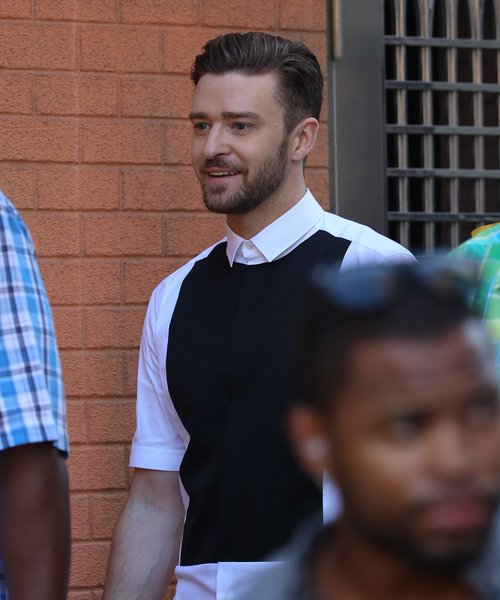 The singer is up for six prizes on the night with 'Mirrors' aiming to scoop the coveted Video Of The Year prize.