The 'Cry Me A River' singer showed his support to the designer as he prepares for his BRITs 2013 performance.

Justin Timberlake and his wife Jessica Biel were among the stars in attendance for Tom Ford's show at London Fashion Week yesterday (18th February).

The 'Mirrors' singer wore a checkered suit and a black tie as he joined the Hollywood actress for the autumn/winter collection front row.

The fomer N*Sync star also took to his Twitter account to compliment the designer's show - who he recently announced a new collaboration with for the release of his next record.

The couple were then spotted heading to Soho restaurant Hix in the capital as the singer prepares for his performance at the BRIT Awards this week.

Check out a picture of Justin with Jessica at London Fashion Week below: 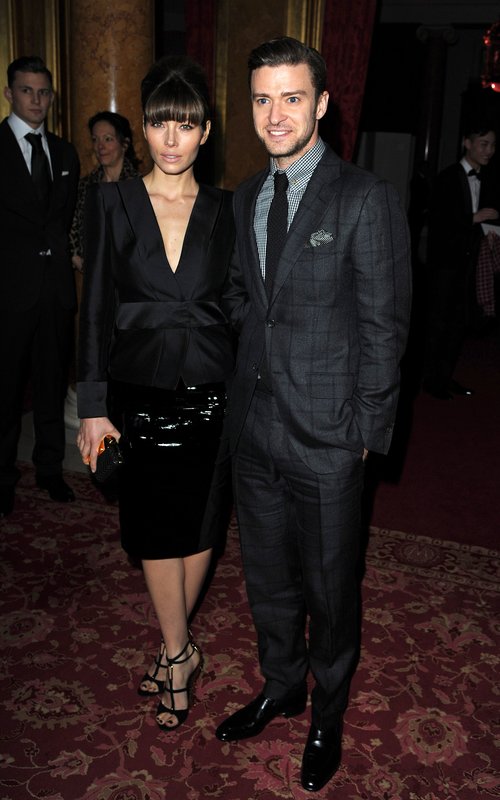 Justin will perform alongside the likes of Robbie Williams, One Direction and Muse on the night before heading to Kentish Town for his own solo show.

The 'What Goes Around' singer will play the Forum venue – showcasing material from his latest album 'The 20/20 Experience' show.

Tickets for the show sold out in minutes upon going on sale earlier this month.