The 'What Goes Around' singer and the US rapper will perform across the US in July and August together.

Justin Timberlake has confirmed details of his joint stadium tour with Jay-Z this summer.

The artists, who recently teamed up for the smash hit 'Suit & Tie', will head out across North America during July and August.

The pair had been teasing details of a potential outing together for the past few weeks following their performance together at the Grammy Awards 2013.

The tour will call at the Rogers Center in Toronto on 17th July and head to the likes of Chicago, Vancouver and Baltimore.

The announcement comes shortly after the pair were confirmed as the headliners of the Wireless Festival in London this year. 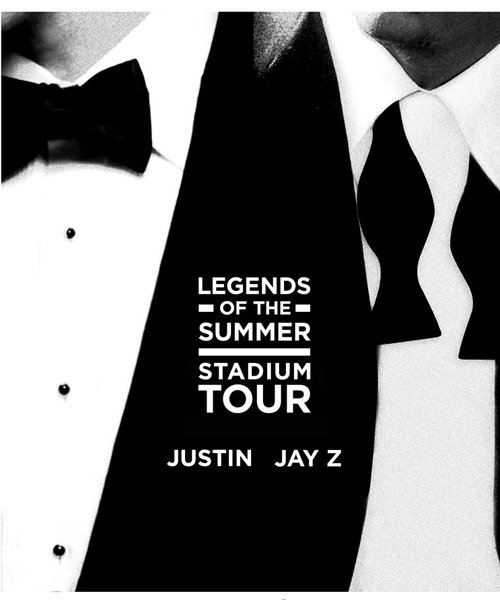 Check out the full confirmed dates of Justin Timberlake and Jay-Z's co-headline tour below:

Tickets for the tour will go on sale on 28th February except for the New York date which is still to be confirmed.

Meanwhile, Justin performed new song 'Mirrors' for the first time at the BRIT Awards 2013 this week and headlined his own solo show at The Forum in Kentish Town.