The 'SexyBack' star was spotted on set of the promo to the rapper's latest single.

Justin Timberlake was pictured on set of the video to Jay-Z's new single 'Holy Grail' this weekend.

The 'Cry Me A River' star teams up with the rapper for the track, which is currently riding high in the Vodafone Big Top 40 chart.

The star was caught on camera during a late night shoot in Los Angeles, and was dressed all in black in front of an orange lit background.

The new video will also follow on from his own recent release 'Take Back The Night'.

Check out the picture of Justin on set of the video below: (Picture: PacificCoastNews) 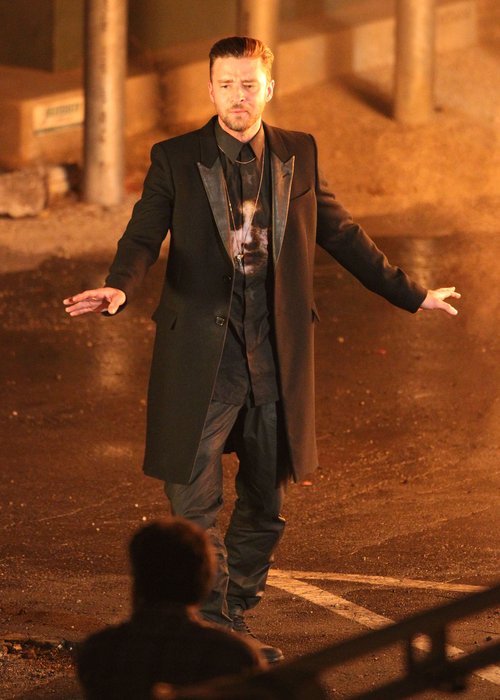 The '99 Problems' singer also recently debuted his art film for 'Picasso Baby', which saw him perform the track for six hours at the PACE Gallery in New York last month.

'Holy Grail' is available to download now and is taken from the album 'Magna Carta Holy Grail'.