Justin Timberlake has posted a new picture from rehearsals for his performance at tonight's (20th February) BRIT Awards 2013 event.

The 'Cry Me A River' singer shared the arty black and white image on his Instagram page last night and said he was still recovering from jetlag, after flying into the UK earlier this week.

The star's backing band can be seen tuning up and preparing to run through his track 'Mirrors' – which he will perform at London's O2 Arena this evening.

Earlier this week, the former N*Sync man was seen accompanied by his wife Jessica Biel for the Tom Ford autumn/winter collection at London's Fashion Week.

He has also been posting several tourist-like snaps on his social networking accounts as he travels around the capital.

As well as taking to the stage at the BRITs 2013 tonight, he will also be headlining his own solo show at the Forum in Kentish Town after the event. 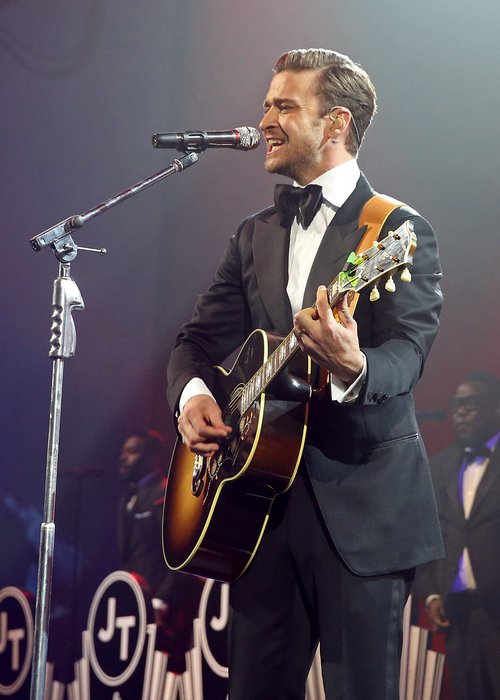 Tickets for the intimate show sold out within minutes of going on sale last week.

Meanwhile, Justin has also been confirmed as one of the headline acts at this summer's Wireless Festival. 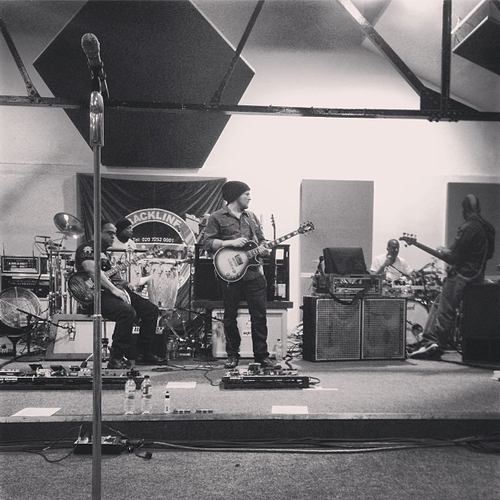 Other performances at the BRIT Awards 2013 will feature Taylor Swift, One Direction and Robbie Williams.