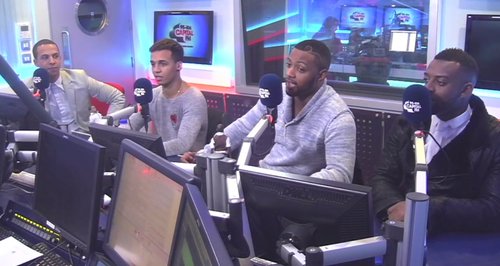 Watch as Aston, Marvin, Oritse and Aston answer all your fan questions one last time.

The boys announced they were to split up back in April and will release their final single 'Billion Lights' on 10th November.

The webchat saw the boys paying tribute to their army of JLSters and thanking them for all the support over the years.

Watch the highlights from JLS' webchat below:

The boys rose to fame after appearing on The X Factor back in 2008 and have gone on to win BRIT Awards, sell out arenas and have countless hit singles.

During their chat, the group also picked out their career highlights and had the chance to play around with their personalised dolls.

JLS will release their greatest hits collection on 18th November and will head out on their farewell arena tour next month.