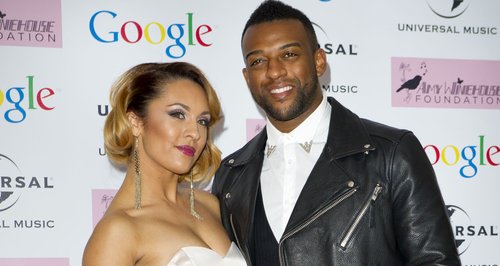 The JLS star speaks exclusively to Capital about whether he'd consider joining the show that made the band famous.

JLS star Oritse Williams says he would "love" the change to judge on The X Factor UK if the opportunity ever arose.

Listen to JLS star Oritse Williams chatting to Capital's showbiz reporter Kevin Hughes about the potential of joining The X Factor UK below:

The 'Billion Lights' star, who's band JLS will go their separate ways at the end of the year, says he would definitely be interested in taking a seat on the panel one day.

"You know what, if it was offered to me I'd love it," Oritse confirmed to Capital FM this week. "It's funny, when we went to Daybreak the other day and we were on the sofa with Lorraine she turned around randomly on the sofa and said, 'I think you'd be a good judge'.

"So I said, 'Speak to Simon [Cowell] and make it happen!" Oritse added.

Simon Cowell has widely been touted for a return to The X Factor UK judging panel next year, with other potential new additions rumoured to be stars including Cheryl Cole and Rita Ora.

JLS kick off their final 'Goodbye' tour in December this year following the release of their greatest hits collection this week.