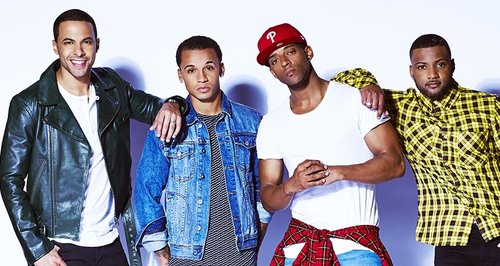 The 'She Makes Me Wanna' stars open up to Capital about what their final single means to them all.

JLS have described new single 'Billion Lights' as a "huge thank you" to their fans, ahead of releasing their final song together in just over one week's time.

The 'Hottest Girl In The World' four-piece opened up exclusively to Capital about the release of 'Billion Lights', which serves as the lead release from their upcoming compilation 'Goodbye: The Greatest Hits'.

"We've never made it a secret that we strive to be the best," JLS star JB Gill revealed to Capital this week. "We went out there with the intention to be the best.

Listen to JLS chatting with Capital's showbiz reporter Kevin Hughes about the release of 'Billion Lights' below:

JLS on the release of new single 'Billion Lights'...

"For us, it wasn't about whether we were or not, it was about the intention," the 'She Makes Me Wanna' star explained. "We wanted to come out with a song that was up-tempo that was all about what we are.

"Whether it's a number one [or not], obviously that would be brilliant, we'd love it," he added. "But if it's not then it's all good.

"For us the intention is that it's all for our fans and we're saying a huge thank you with this song and with the album."

JLS are set to release 'Billion Lights' as their final single on 17th November. Check out their full webchat highlights here.

Watch JLS star Marvin Humes on Capital every Friday and Saturday from 7pm.