WATCH: Harry Styles Called Out A Fan For Texting In The Front Row Of His Live Show & It's Hilarious

He stopped the whole show to speak to her personally!

When most people go to a Harry Styles show, they can't take their eyes of the enigmatic performer.

But for one fan, she seemed to need to send an urgent text message whilst standing front row at his recent show in London and it just so happened that Harry noticed!

In the video above, Harry talks about wanting people to be able to do whatever makes them happy at his shows before he calls out the fan and actually goes over to speak to her. 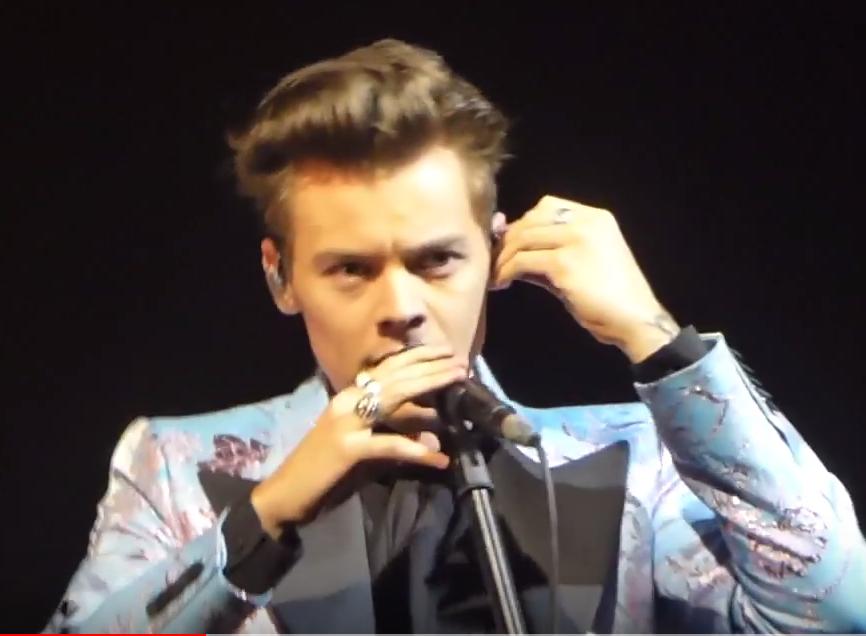 Harry asks for the fans name and then exclaims, "If you like to text then that's also fine! It's no problem, I don't mind. Whatever makes you happy" before the crowd laugh at his tongue in cheek banter.

Mr Styles has been performing a number of HUGE live shows and his latest stint in London has seen some amazing versions of his tracks such as 'Kiwi', 'Sign Of The Times' and even a rendition of 1D classic 'What Makes You Beautiful'.

Whilst you're here, check out what happened when 'Harry Styles' scared Niall Horan on The Ellen Show recently...