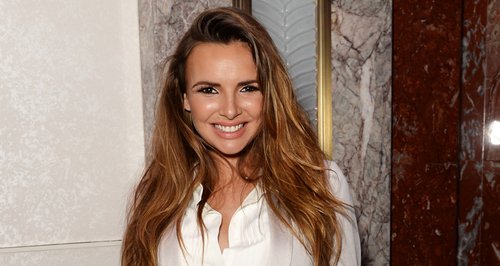 The 'Beautiful 'Cause You Love Me' singer posted an intimate snap of mother and daughter online.

Girls Aloud star Nadine Coyle has announced the name of her baby daughter, after becoming a mother back in February this year.

The 'Something New' singer revealed on Instagram that her baby's name is Anaíya, while sharing a snap of her planting a kiss on the cheek of her recent arrival.

Nadine and fiancé Jason Bell welcomed baby Anaíya in early February, after surprising fans with her pregnancy announcement back in August last year.