The 'Call My Name' singer says she wants to "party hard" as she hits the milestone this year.

Cheryl Cole has seemingly confirmed that despite previous rumours, Girls Aloud will not be appearing at Glastonbury Festival 2013.

The 'Call The Shots' stars, currently celebrating their tenth anniversary tour were reported to be lining up a performance slot to celebrate their reunion, however, the Geordie star told the Daily Star that they have other plans.

"We could be available for Glastonbury but my birthday is on the Sunday and as I'm turning 30 I want to have a big one," she said. "I want to party hard."

Bandmate Nicola Roberts also revealed how she is taking the responsibility of organizing a special day for her friend.

"I'll plan it. Maybe we should celebrate over a few days," she revealed. 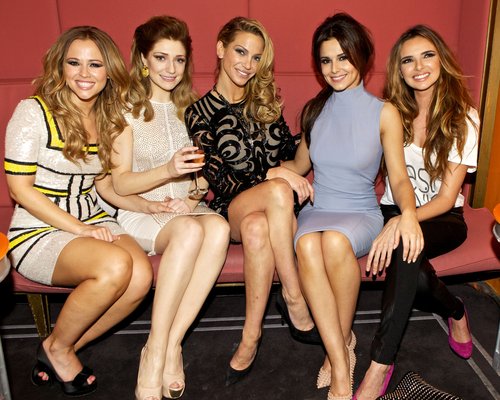 Girls Aloud are currently on the road on their reunion tour – which kicked off in Newcastle last week.

Meanwhile, it has been confirmed this week that Beyonce and Kings Of Leon will headline the V Festival 2013.

The Destiny's Child star headlined Glastonbury Festival back in 2011 – the last time the event was held.