Enrique Iglesias' New Album: What To Expect From 'Sex + Love' 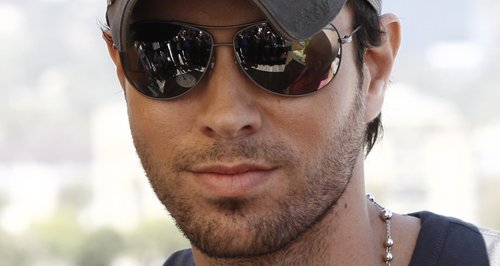 The heartthrob is back with his tenth studio album dropping in just a matter of weeks. Find out EVERYTHING you can expect from the 'I'm A Freak' singer's latest offering...

Find out EVERYTHING you need to know about the return of the 'Hero' singer below...

1. Not one but TWO team-ups with Mr. Worldwide... Pitbull!

Not only does Mr. Worldwide show up on Enrique's new single 'I'm A Freak', but he also features as a guest artist on 'Let Me Be Your Lover'.

2. With a title like 'Sex + Love'... expect a heavy amount of naughtiness throughout!

Australian pop sensation Kylie is another incredible guest artist on Enrique's latest studio offering, lending her vocals to the track 'Beautiful'. If this one becomes a single… expect a VERY memorable music video!

Jennifer Lopez brings the latin fever to an all-time high by hooking up with Enrique on the album track 'Physical'. This one has future single written ALL over it...

When you have two guys as naughty AND talented as Enrique and 'Wild Ones' rapper Flo Rida… expect a song like no other! Check out 'There Goes My Baby' on 'Sex + Love'.

6. And hopefully some single artwork where Enrique does this…