The Scottish star has reunited with the director following their success at the Olympic 2012 Opening Ceremony.

Emeli Sande once again teamed up with director Danny Boyle after recording a new song to the soundtrack to his new film Trance.

The pair had previously worked together at the London 2012 Opening Ceremony – in which the singer played a pivotal role.

The "Next To Me' singer has recorded a duet with Underworld star Rick Smith called 'Here It Comes' for the movie, which stars James McAvoy.

Speaking about her involvement in the soundtrack, Emeli told the Daily Record that it was fantastic to be back working with Rick – who directed the music for the London 2012 Opening Ceremony.

She said: "It was wonderful to work with Rick again after the amazing time I had with him putting together the track for the Opening Ceremony at the Olympics. 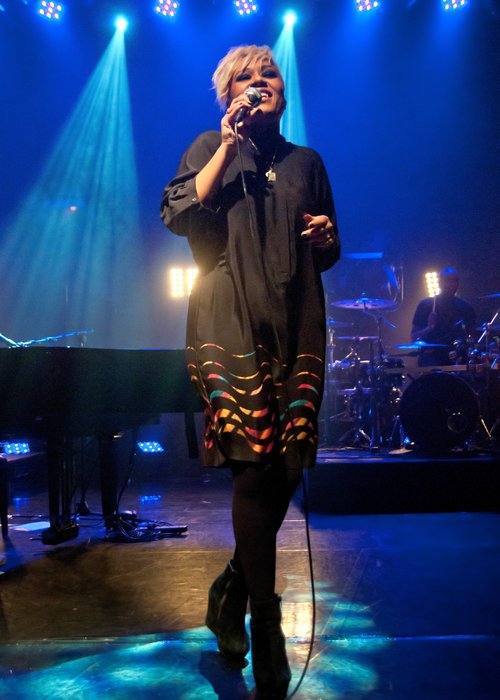 "I was honoured to be asked to collaborate with him again for the film and, with his help, I believe we have created something very special."

Other stars who have contributed to the soundtrack include Moby and UNKLE.

Meanwhile, Emeli was recently seen filming a new music video on the London Underground ahead of her trip to Los Angeles.