The 'Next To Me' singer speaks about her chances at tonight's industry event in London.

Emeli Sande has confessed that she is "hoping for a reason to celebrate" at tonight's BRIT Awards 2013.

The 'Clown' singer is the most nominated artist at this year's event with four nods and will also be performing on the night.

Speaking to Capital about her night, she said she was feeling "nervous" and the pressure of people expecting her to win casts uncertainty in her mind.

"It makes me a bit more nervous because I don't know what will happen," she revealed. "We're going to go and perform and hopefully have a really good night.

"But I hope there's reason to celebrate at the end."

The singer has twice as much chance to pick up Best British Single with Capital FM as her song 'Next To Me' and the Labrinth collaboration 'Beneath Your Beautiful are both nominated.

The Scottish singer said it was great to be up alongside the London born-artist for their Vodafone Big Top 40 number one.

Check out a picture of Emeli rehearsing for her BRITs 2013 performance below: 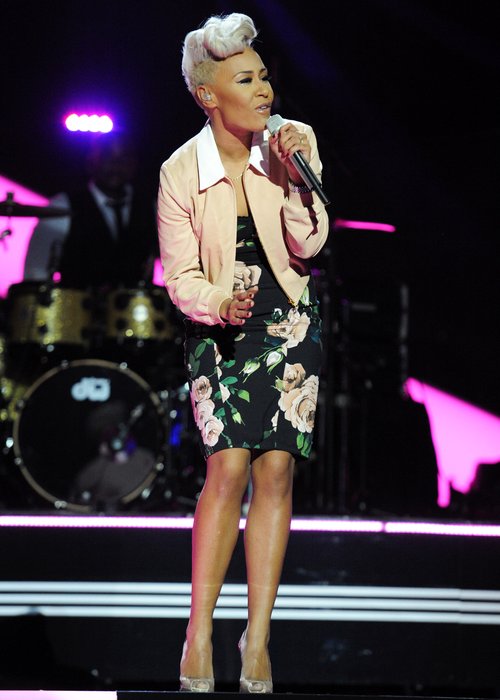 "That's a really cool thing, especially to have the success we did – Labrinth and I together was really special because I love working with him and we've known each other for so long," she said. "If any of the songs win then I'll be very happy."

Emeli is also up for Female Solo Artist and Album Of The Year tonight.

Listen to Emeli Speaking to Capital FM about her BRIT Awards 2013 chances below:

Emeli Sande speaks to Capital FM ahead of her BRITs performance