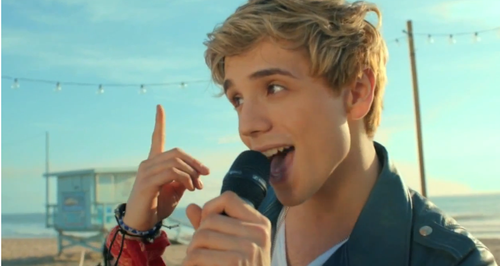 Elyar Fox has put his own take on 5 Seconds Of Summer's Vodafone Big Top 40 number one 'She Looks So Perfect' with an acoustic cover.

The 'Do It All Over Again' singer has recorded a special video cover of the Australian boy band's huge international hit.

5 Seconds Of Summer scored a number one with the single last month, their breakthrough release in the UK.

Meanwhile, Elyar Fox himself is now preparing for the release of his own new single 'A Billion Girls', which officially drops on 13th April.

Meanwhile, 5SOS stopped by Capital recently to chat all about their new single… as well as stripping off on camera!

> Get to know the members of 5SOS a little better!