"Mate, Give Me A Song!" Dua Lipa's Just Admitted She'd Kill To Collab With Calvin Harris!

They're both on the line up for night one of Capital's Jingle Bell Ball with Coca-Cola, so it might just happen... Due Lipa's admitted she'd kill to work with Calvin Harris on a new track!

Speaking to Roman Kemp backstage at the Ball, Dua didn't hesitate when she was asked which of her fellow performers she'd like to work with in the future.

She told Roman, "Calvin Harris. Mate, give me a song!" Luckily for her, he promised to hook the two of them up - so if you ever hear a Dua Lipa/Calvin Harris collab, you'll know it was all thanks to the #CapitalJBB!

As well as trying to corral Calv into a collab, Dua will be popping out to see Little Mix perform live, explaining, "I'd love to see Little Mix, they're killing it right now with their number one album so it would be nice to see them. I've never seen them perform live." 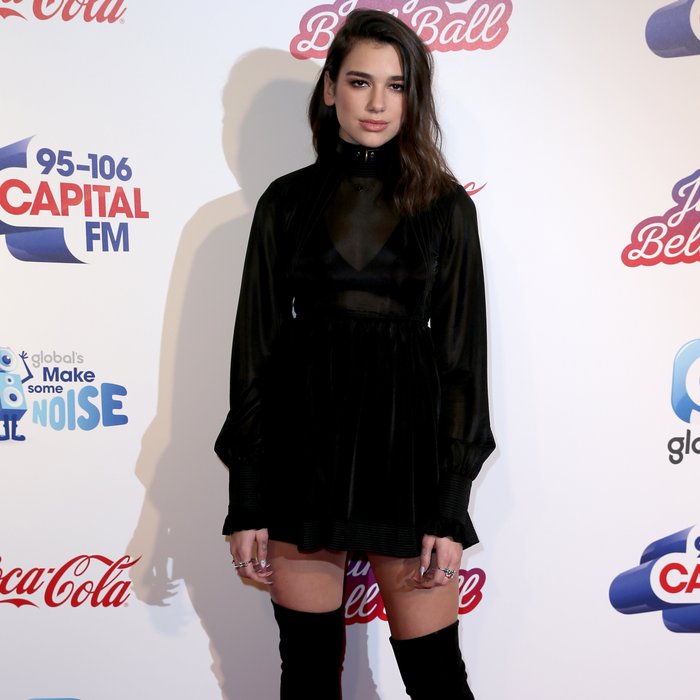 Well, now's your chance, Dua - those girls always put on one hell of a show!