The 'Bonkers' rapper has been announced as the special guest for this year's live outing from the band.

Dizzee Rascal has been confirmed as the support act for Muse on their upcoming 2013 UK stadium tour.

They wrote: "We're excited to announce that Dizzee Rascal will be Muse's Very Special Guest at all UK stadium shows this summer!"

Muse will be heading out on tour to support recent album 'The 2nd Law' which produced the singles 'Madness', 'Supremacy', 'Survival' and 'Follow Me'. 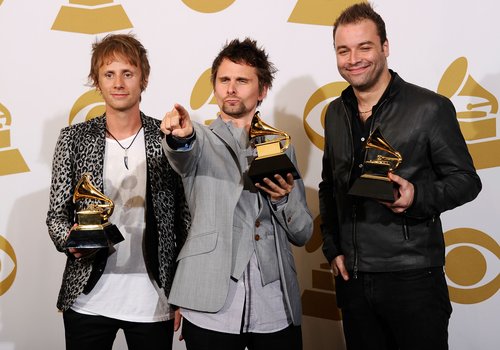 Meanwhile, Dizzee is currently preparing to release his new album this year and revealed how he was asked to voice the Coco Pops monkey at the end of 2012.

The record will follow on from his recent EP 'Dirtee TV.com - The Mixtape EP, Vol.2' which was unveiled at the start of the year.