The French Electro duo were seen being filmed near Grand Central Station in New York.

Daft Punk has been spotted on the streets of New York being filmed.

The 'Get Lucky' duo were seen in Manhattan, near Grand Central Station, being filmed with model Karlie Kloss.

The footage being shot is reportedly for the French Electro pair's latest music video or a commercial.

Guy and Thomas were wearing their usual suits and helmets as they were being filmed standing still and walking around the city. 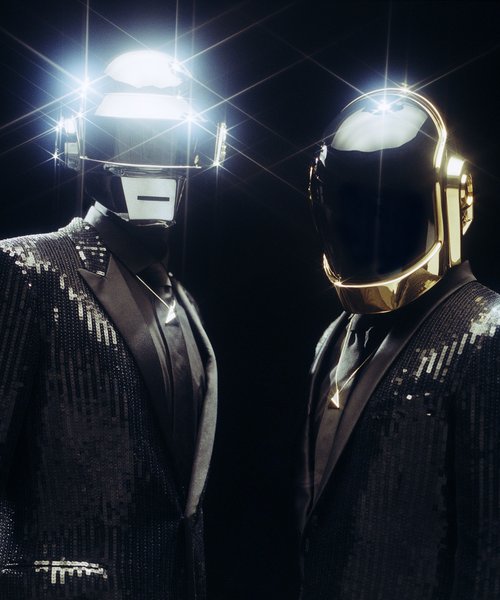 They have previously admitted that they like the anonymity their masks give them when they are going about their day-to-day lives.

'Get Lucky' featuring Pharrell Williams has just become the duo's first number one single in the UK.

Meanwhile, Daft Punk have said that they feel "super lucky" as a result of the success of their single 'Get Lucky' which has reached the top ten in over 28 countries.