The 'Magic' stars are preparing for the release of their sixth studio album this month.

The band recorded a unique intimate gig in a custom-built amphitheatre in front of an audience of 800 fans. 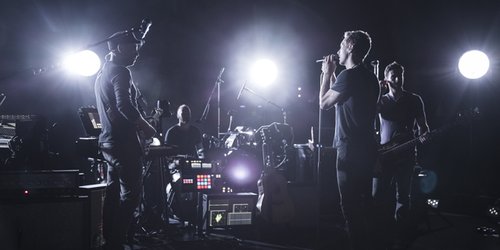 The special was filmed by Paul Dugdale and features immersive 360-degree projections.

The special will be shown on UK TV via Sky Arts 1 HD on 19th May to coincide with the release of the new album.

'Ghost Stories' is the sixth studio album from Coldplay and will also feature the singles 'Magic' as well as 'Midnight' and 'A Sky Full Of Stars'.

Also, check out their performance of new track 'Always In My Head' from The Tonight Show with Jimmy Fallon below: