WATCH: Charli XCX On Touring With Katy Perry... And K-Pez Undoing Her Bra With One Hand!

The 'Famous' star also talks her new album plans, writing for Britney and touring with Katy.

It sounds like Charli XCX had an AMAZING time supporting Katy Perry out on her ‘Prismatic’ tour, and even shared a bit of an intimate moment with the US singer!

Chatting to Max backstage at the New Look Wireless Festival 2015 this weekend, Charli revealed Katy once managed to unhook her bra with one hand while they were hugging.

It was so cool. She actually did this really cool thing where she undid my bra with one hand while hugging me,” Charli revealed. “I thought that was cool. I can’t do that!

The singer also spoke about being jealous that her ‘Fancy’ collaborator got to work with Britney Spears, but says she’ll hopefully get to work with the Princess Of Pop eventually too. 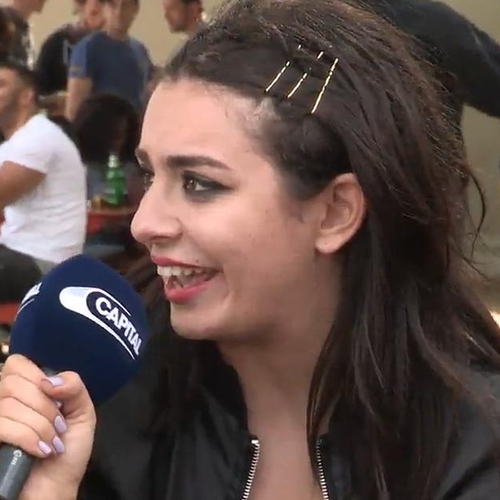 No, I’m so jealous of Iggy! The thing is with me and Britney is that I keep getting asked to write for her and that’s there, which is floating around,” she explained. “And on the last record I submitted a few songs and they were into it but it didn’t happen [yet].”

Finally, Max got Charli to talk her new album plans and reveal how far along she is in writing material for her second studio record.

I am recording, I’m working on the next album,” Charli added. “It’s so beginning. Nothing official but it’s cool.”

Max also caught up with Years & Years star Olly Alexander and Clean Bandit's Neil Amin-Smith backstage at the festival where they spoke about their romance. Watch the video below:

Keep it Capital every Monday to Thursday from 10pm and Sunday's from 7pm for Max's show.