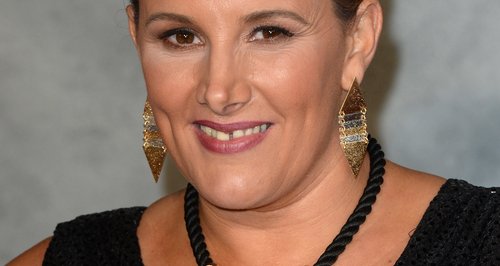 The Prison officer has won this year's show and will hit the road across the UK with Beyonce next year.

Sam Bailey was crowned winner of The X Factor UK 2013 last night (15th December) and will open for Beyonce's 2014 tour as part of her prize.

The UK singer received over a million votes to win the crown on this year's series of the ITV talent show, and has now won a recording contract as well as an opening spot on the UK leg of 'The Mrs Carter Show' world tour in February next year.

"I just want to say good luck of all The X Factor finalists and announce a very special prize to the winner," Beyonce said in a video message ahead of the final. "The winner of this year's X Factor will be joining me on the Mrs Carter tour, coming back to Europe in February. I can't wait to see you soon ,good luck."

After winning the show on Sunday's results edition Sam received messages of congratulations from the likes of Olly Murs and Simon Cowell, and released a cover of Demi Lovato's Skyscraper' as her winner's single.

Beyonce surprised the world on Friday (13th December) with the release of her new self-titled album fresh from announcing a second UK leg of her world tour.