The Wanted To Takeover Capital TV With New Mixtape Show 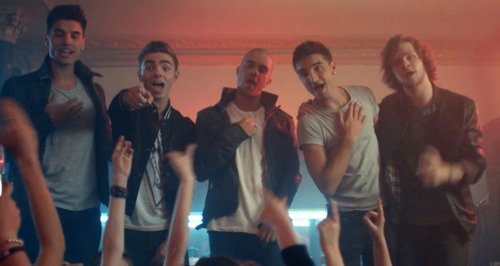 The 'Walks Like Rihanna' stars are asking fans to help them put together a new show later this year.

The Wanted are getting ready to takeover Capital TV and they're asking fans to help them choose the tracks for a special mixtape show.

This is your chance to help shape the content of the show as you get to decide what the boys play.

Do you want to hear what The Wanted think about Katy Perry heading into the jungle for her 'Roar' video or perhaps former Vodafone Big Top 40 number one Ellie Goulding's 'Burn'?

The show will be aired later this year so there's plenty of chance for you to get your suggestions in now.

Send your music video suggestions and your reasons why we should play it to the boys using the form below. You can also get involved by tweeting the boys @CapitalOfficial using #TheWantedOnCapitalTV.

Watch Capital TV right now on Sky channel 388 and Freesat 517. You can also get Capital on your iPhone/iPad app available here .