The 'Glad You Came' stars says it feels "great" to be back performing in the UK.

The Wanted were pictured celebrating their Summertime Ball 2012 performance with a night out in central London on Saturday evening (9th June).

The 'Chasing The Sun' singers were later seen partying at Mahiki and Cirque Du Soir nightclubs in London, to celebrate their hugely popular set at the annual radio event.

'Glad You Came' singer Max was also seen out and about, while wearing a simple design t-shirt and black jeans.

"Today was siiiiick. Great to be back on stage in the UK #stb," The Wanted tweeted after their Summertime Ball 2012 performance.

"@CapitalOfficial Summertime Ball smashed it last night as per usual #somethingsneverchange," Siva also posted, while Nathan wrote: "Gonna be honest, today at the @CapitalOFficial #STB was one of the best experiences of my life!!!"

View a picture of The Wanted's Siva Kaneswaran out in London below (Credit: Goff):

Check out a picture of Tom Parker from The Wanted after the Summertime Ball 2012 below (Credit: Goff): 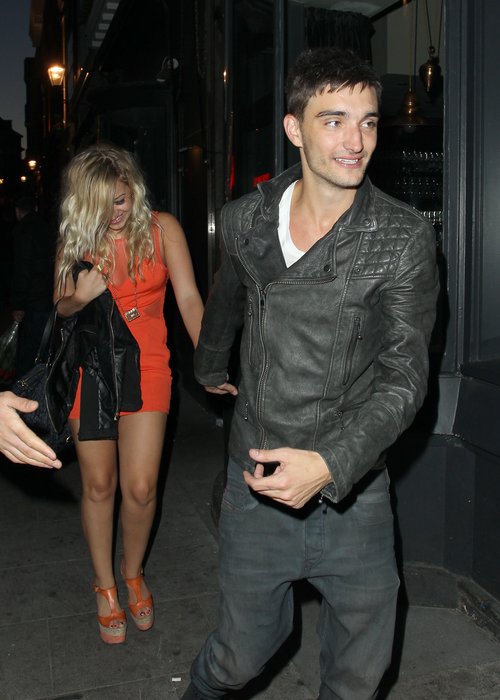