The 'Glad You Came' stars are thrilled to be on the same line-up as the 'Gangnam Style' singer.

The Wanted's Max George has taken to Twitter to offer their support to PSY after it was announced this morning (26th April) that the singer joined the line-up for the Capital FM Summertime Ball 2013.

The 'Gangnam Style' singer will take to the stage on 9th June alongside the likes of the boyband at Wembley Stadium and the news was greeted with great applause from Max George.

Fans commented on the new "bromance" between the pair, with the 'Lightning' singer adding: "Bromance?!”hell yeah!"

Other acts on the bill for this year's event include Taylor Swift, Robbie Williams and Rizzle Kicks. 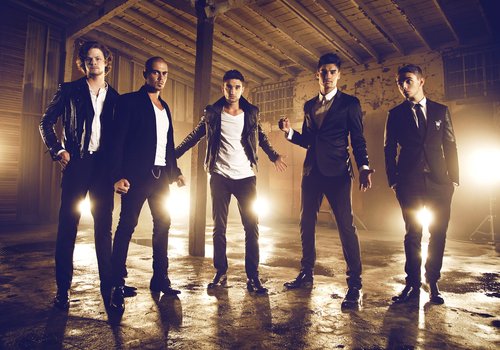 The show sold out in under two hours this morning as fans quickly grabbed the chance to see the most acts ever at the Ball.

Meanwhile, The Wanted have also announced details of their new single 'Walks Like Rihanna' – released on 29th June.

Keep it Capital for all the latest news on this year's Summertime Ball with Vodafone by heading over to ourSummertime Ballarea and via the Capital App .

Join the conversation around the Summertime Ball by following @CapitalOfficialon Twitter using the hashtag #CapitalSTB.