The 'Gold Forever' stars will continue to fulfill promotional commitments as a four-piece.

The Wanted have confirmed that singer Nathan Sykes will be taking an "unforeseen hiatus" as he undergoes "specialist throat surgery" this week.

The 'Glad You Came' stars issued a statement following reports in this morning's newspapers and admitted that the singer will receive treatment in Los Angeles tomorrow (18th April).

"The priority for Nathan, his label and management is that he is given time to recover and receive the best treatment possible," read the statement – confirming his absence from the group for the foreseeable future.

It has also been confirmed that the rest of the group, Max, Tom, Siva and Jay will continue to fulfill promotional commitments as a four-piece.

The band also showed their support to their "brother" on their official account. 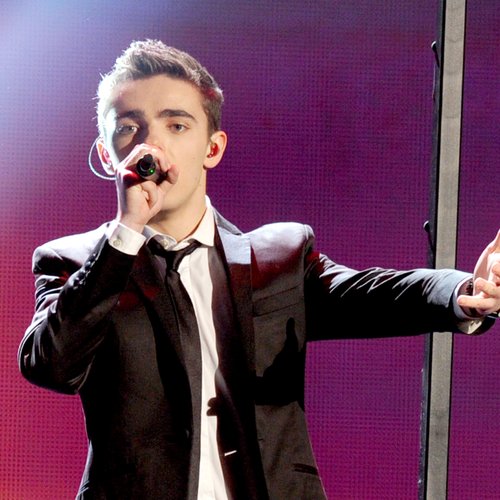 They wrote: "Our lil Nath has to go in for an op on his throat on his birthday to make him better so join us in wishing him well.We love ya! #GetWellNath."

Read the full statement from The Wanted:

"We can confirm that The Wanted's Nathan Sykes will under go specialist throat surgery on Thursday 18th April in Los Angeles and as such will be taking unforeseen hiatus form The Wanted.

The priority for Nathan, his label and management is that he is given time to recover and receive the best treatment possible.

The remaining four members of The Wanted will continue fulfilling the bands promotional commitments across the world."

Meanwhile, The Wanted have also announced the premiere date of their E! reality series this week.

The Wanted Life will hit TV screens on 2nd June.