The 'Glad You Came' star praised the efforts of the JLS man as he spoke about his own plans.

Max George of the Wanted has reportedly taken up salmon farming after taking inspiration from JLS star JB Gill.

JB will be focusing on his deer farm following the split of JLS and Max said his venture is "smart".

"What JB did was smart," he told the Daily Star. "I have got my own fishing lakes, which people can come and fish at. I am at the start of the process."

Check out a picture of JB on is farm below: 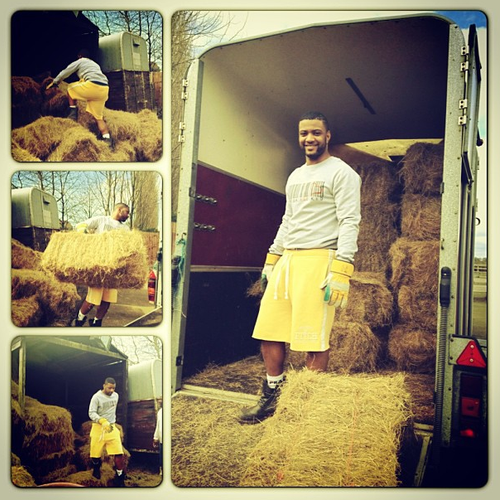 "That's the best new job I've heard for any pop star ever. I should invest in his farm because he has got a real business plan."

The Wanted have previously said how much they will miss having the fellow boyband in the business and called them "the nicest group of guys".