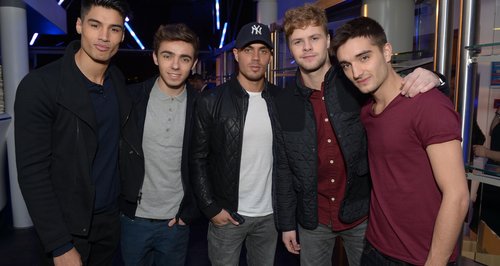 The Wanted have unveiled the official artwork for their brand new single 'Glow In The Dark', the band's latest release from their 2013 album 'Word Of Mouth'.

The 'Walks Like Rihanna' five-piece's brand new track is set to be spun on Capital airwaves during Marvin's show this evening (17th February) from 7pm.

Make sure you're listening to our mate @MarvinHumes on @CapitalOfficial tomorrow night to hear Glow In The Dark on your radio!

'Glow In The Dark' was announced back in January as the next release from 'Word Of Mouth', following a string of hits including 'Chasing The Sun' and 'Show Me Love (America)'.

View the official artwork for The Wanted's new single below:

The Wanted release new song 'Glow In The Dark' on 23rd March, while their 'Word Of Mouth' UK tour kicks off in Liverpool on 14th March.