The 'Miami 2 Ibiza' stars confirm plans to part ways at the end of their latest jaunt.

Swedish House Mafia have confirmed that they will split up at the end of their current world tour.

The 'Leave The World Behind' stars announced the news via a statement which they posted on their official website last night (23rd June).

It read: "Today we want to share with you, that the tour we are about to go on will be our last. We want to thank every single one of you that came with us on this journey. We came, we raved, we loved."

The trio consists of DJ's Axwell, Steve Angello and Sebastian Ingrosso and they released their first single back in 2007 entitled Get Dumb.

The outfit has collaborated with the likes of Tinie Tempah, Laidback Luke and Knife Party during a career together which produced two studio albums.

You can check out a picture of the Swedish House Mafia performing live below:

The group's final ever UK show will be at the Milton Keynes Bowl on 14th July.

The last shows of the tour are yet to be announced with the band stating dates will be unveiled in August. 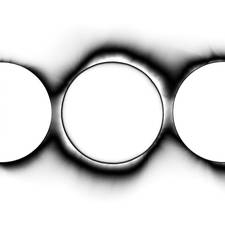