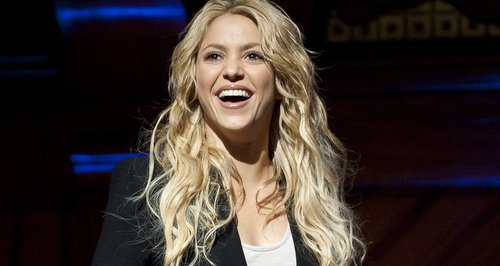 The 'She Wolf' singer says she and Rihanna are both "Caribbean girls" at heart.

Shakira has opened up about her new collaboration with Rihanna and says working with the 'Diamonds' singer was "utopia".

The 'Whenever, Wherever' star releases her new single 'Can't Remember To Forget You' next Monday (13th January) with Rihanna on guest vocals and says the pair got on incredibly well in the recording studio.

"Working with her was utopia," Shakira reveals in the February issue of Glamour magazine. "She's the sexiest woman on the planet.

"And at the end of the day, we're both just basically Caribbean girls," Shakira explained. "The chemistry was so good and so real.

"She taught me dance moves, she was a sweet teacher," the 'She Wolf' singer added.