The 'Let Me Entertain You' singer reveals how he got himself in shape for the performance at London's O2 Arena.

Robbie Williams has confessed he lost 24 pounds for his performance at the BRIT Awards 2013.

The 'Take The Crown' singer told reporters on the red carpet of the event at London's O2 that he had given up sugar and was already reaping the rewards just five weeks into a new diet.

He added: "No dairy. No fun. No smiles. No laughter. Just horrendous."

Robbie gave a triumphant performance of his Vodafone Big Top 40 number one single 'Candy' at the event.

He also made fun of Taylor Swift's love life with host and comedian James Corden and called the country star "really fit". 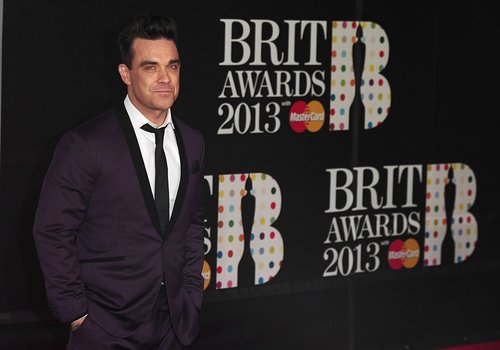 Meanwhile, Robbie is currently preparing to hit the road this summer for a series of stadium dates across Europe.

The Take That man will be supported by Olly Murs for the jaunt – which kicks off in Manchester on 19th June.