The 'Candy' singer raps during the track in which he attacks last week's show in London.

Robbie Williams has unveiled a new song in which he attacks the BRIT Awards 2013 for being "boring".

The 'Take The Crown' star raps during the track as he reflects on the lack of incidents or entertainment at London's O2 Arena on 20th February.

The start of the song also features the Take That man talking on the red carpet before he starts slamming last week's show.

The 'Be A Boy' singer speaks about his "beef" with Liam Gallagher and his liaisons with female stars as well as his relationship with the paparazzi when he was younger.

The star was one of the performers at the event as he gave a live rendition of his BRIT nominated single 'Candy'.

He also caused controversy as he made fun of Taylor Swift's relationship history following the country star's own performance. 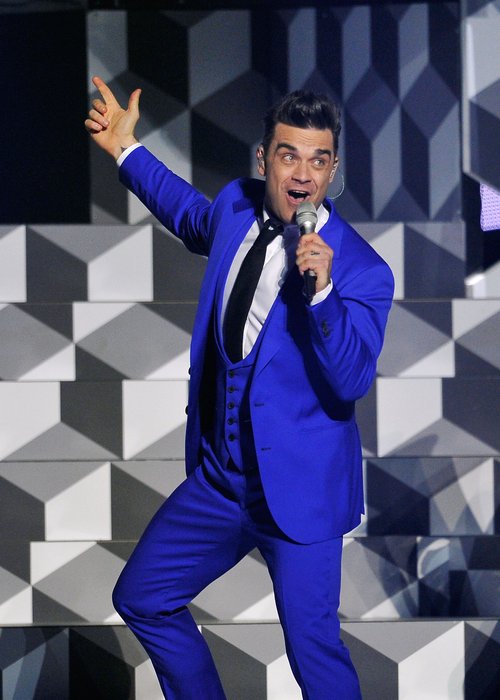 Meanwhile, Robbie is currently preparing to head out on a new stadium tour later this year.

The 'Different' singer will be joined by former X Factor runner-up Olly Murs on the jaunt – which kicks off on 18th June at the Etihad Stadium in Mancheste.