The K-Pop star reveals he will no longer be performing the hit track on TV anymore.

PSY has said that he will no longer be performing his latest single 'Gentleman' on TV following this weekend's MuchMusic Video Awards 2013.

The South Korean star performed the track during the ceremony, as well as a cover of 'Single Ladies', 'Gangnam Styles' and also took up hosting duties on the night.

Speaking in the press room after the show, he told reporters about his decision to retire the song.

"By the way, this was the official last performance of 'Gentleman' on TV, which was all with the fireworks, with the greatest crowd ever, and besides I close the show so it was a really touching moment, so bless 'Gentlemen.' Thank you Canada," he said. 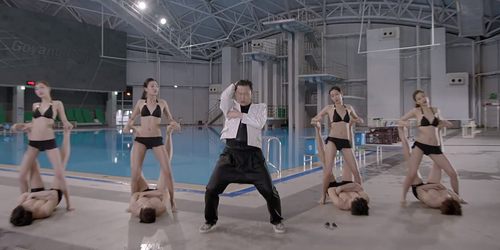 PSY also recently got to perform the track at Wembley Stadium during his set at the Summertime Ball 2013.

The star revealed how performing at the London venue was a dream come true thanks to his love of Queen – and he is now heading into the studio with Brian May.