The K-pop star performed his hit 'Gentleman' on the show.

PSY performed on the finale of Germany's Next Top Model last week.

The South Korean star performed his new single 'Gentleman' on the show.

Models surrounded PSY during his performance on the catwalk, copying the dance moves the 'Gangnam Style' singer had used in his music video for the song.

After his appearance PSY tweeted a picture of himself and the shows presenter Heidi Klum:"@heidiklum stoped by my green room and said "ThankU psy". She's so beautiful & nice at the same time!! #Unfair lol" 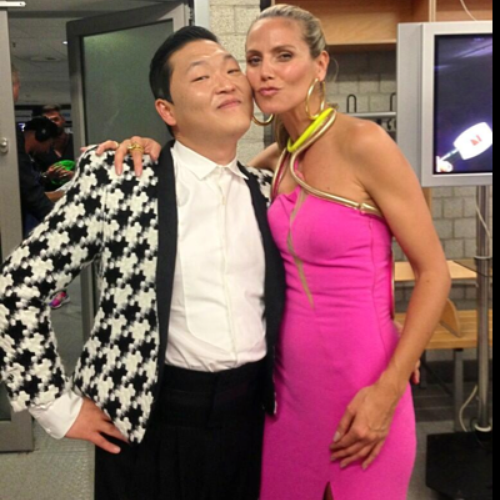 The star recently told MTV that he was hoping to release his seventh studio album this summer.

Meanwhile PSY will be performing at the Capital FM Summertime Ball next Sunday (9th June).

The singer joins a line-up that includes Taylor Swift, The Saturdays and Robbie Williams. 'Suit And Tie' singer Justin Timberlake will be hosting.