The 'Gentleman' star takes to Twitter to build anticipation for his forthcoming record.

PSY has revealed that he's finished three new songs, which he described as "kinda nice".

The K-Pop man became a global sensation in 2012 and the release of his single 'Gangnam Style'.

The video for the track also became the first to hit one billion views on file sharing site YouTube.

He's since unveiled the song 'Gentleman' and was recently rumoured to be in the studio with Will.i.am.

Taking to Twitter this week, he wrote: "already done with 3 songs and they are kinda nice!! #PSYonTheALBUM" 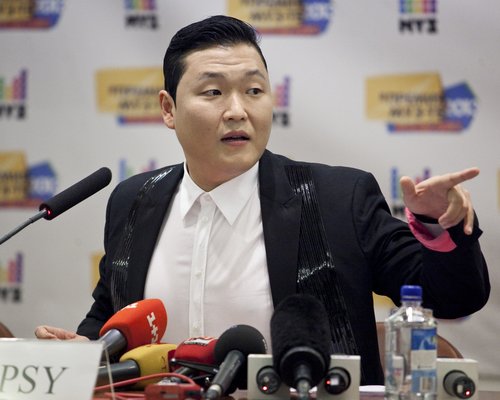 He was also recently seen hanging out in the studio with magician David Blaine and rocker Lenny Kravitz.