The K-Pop singer will appear in front of 800 students for a special event this week.

PSY is set to appear in front of 800 students at Harvard University this week as he gives a special lecture.

The 'Gentleman' singer will appear at the Memorial Church with the 'Conversation With PSY' event curated by the Professor of Korean History.

The event will also be streamed live online from the University's website and features as part of the programme's 'Learning From Performers' section.

The talk will take place on 9th May and saw a change of venue from a 200 capacity room to 800 after 1,400 students applied to attend the lecture.

He also appeared at Oxford University to talk to students last year about his rise to fame. 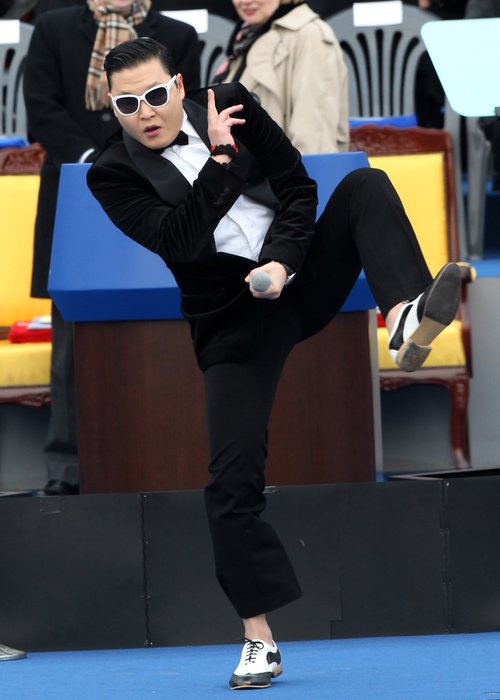 The video for the track went on to become the first to hit one billion views on YouTube and follow-up 'Gentleman' is also fast on its way to match the same numbers.

Meanwhile, the K-Pop singer is also set to appear at the Capital FM Summertime Ball 2013 next month.

The singer will be among fellow performers Taylor Swift, Robbie Williams and The Wanted when he takes to the stage at Wembley Stadium.