The former Pussycat Doll wows in a black leather dress as she poses for pictures upon arrival.

Nicole Scherzinger was seen showing off her rock chick side as she arrived for the latest set of The X Factor auditions in London today (19th June).

The 'Right There' singer looked stylish in a black leather trench coat style dress as she waved to fans outside the ExCeL Centre.

She was also seen posing alongside a pearly King and Queen as the rest of the panel arrived.

Gary Barlow was all smiles with Sharon Osbourne playing up to the cameras as she makes her return to the show this year.

Check out a picture of Nicole Scherzinger at the ExCel center in London for X Factor auditions below: 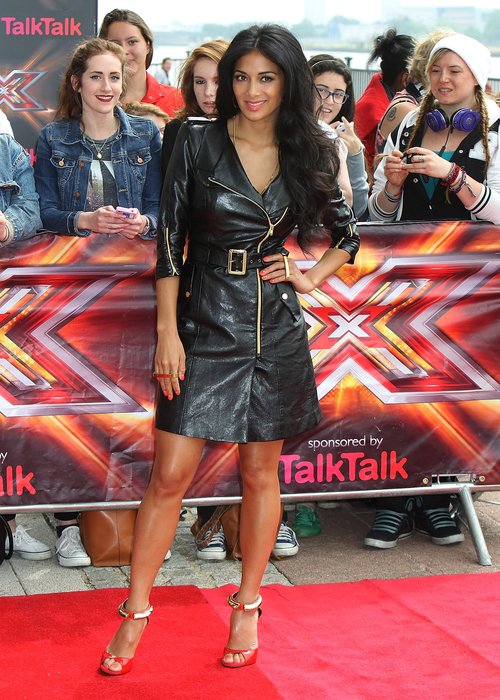 Nicole teamed her outfit with a pair of sexy red and gold high heels and Louis added a dash of colour with a fetching purple blazer.

Meanwhile, axed judge Tulisa - who was replaced by Sharon - was seen reuniting with her N-Dubz bandmates this week, fueling talk of a reunion.