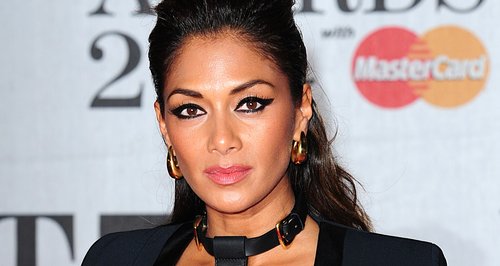 The former X Factor judge is said to have accepted a proposal after Lewis went down on one knee.

The 'Boomerang' star is said to have "finally accepted" Formula One driver Lewis' proposal after months of speculation about a potential wedding later this year.

Nicole and Lewis reunited late last year after a split earlier on in 2013, and reports first emerged several weeks ago that he was keen for a summer wedding with his lady.

"Lewis is doing his best to keep the news under wraps but he is absolutely delighted," a friend of the racing star told Daily Star over the weekend. "He got down on one knee and Nicole finally accepted.

"The plan is they are going to live together in Switzerland and travel together when Lewis is racing," the source claims. "Of course, this means her career will have to take a back seat for a while but she is ready to support him on the track.

"It is the ideal plan for both of them and will hopefully lead to a big summer wedding in August," they added.

"Congratulations @LewisHamilton So proud of u 4 taking pole position! First race of the season! @f1 #AustralianGP Race ur heart out babe! xo," Nicole tweeted over the weekend, to congratulate Lewis on his success on the first day of the Formula One season.

Congratulations @LewisHamilton So proud of u 4 taking pole position! First race of the season! @f1 #AustralianGP Race ur heart out babe! xo

Neither party has officially announced anything regarding the engagement rumours.

Nicole Scherzinger is widely believed to have left her role as a judge on The X Factor UK after two years on the panel.