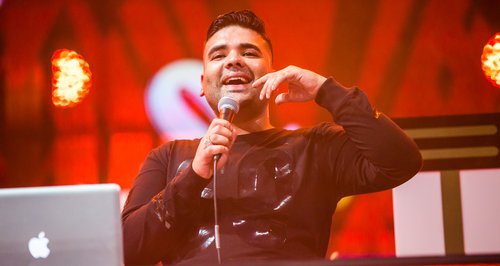 The 'You're Nobody Til' Somebody Loves You' singer played a kazoo to introduce his pop pal to the line-up.

The announcement was made by The X Factor champion James Arthur – who is also on the line-up for the opening night of the event on Saturday 7th December at London's O2 Arena.

Joining them both will be US superstar Katy Perry – who was the first artist revealed earlier this morning (6th November).

Check out The X Factor winner James Arthur teasing Naughty Boy's appearance at the JBB below:

Naughty Boy will head to the Jingle Bell Ball fresh of the success of debut album 'Hotel Cabana' – which produced the Vodafone Big Top 40 number one single 'La La La'.