McBusted: 9 Ways You Know You're A Super Fan 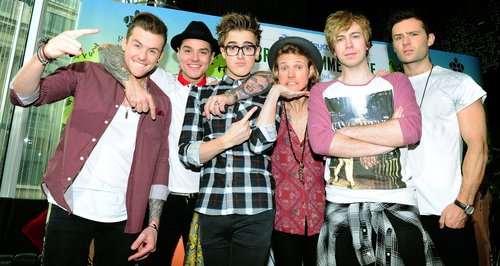 Reckon you are the biggest McBusted fan and the #McBustedFans deserve to win #BestFans2015? Check out the 9 ways to know you're a diehard McBusted lover!

Know every single one of the boys' mums, girlfriends and cats names? Still cry every time you watch Tom Fletcher's wedding speech?

Then it sounds like you could be one of their biggest fans and a proud member of the McBusted community. We've rounded up just some of the reasons why that might be true.

1. Your whole world literally stopped on the 1st of January 2013 when news broke of the super group!

2. You own albums in both digital AND physical copies

3. And your worst nightmare plays out something like this... Slip of the tongue *HARRY COME BACK!!

4. When you notice your twitter is just a fancy countdown to the main event... 76 more sleeps to go.

78 days till I go and see @mcbusted all over again. This is better then Christmas! #mcbustedtour2015

28th of March needs to hurry up!! I can't wait any longer#McBusted #mcbustedtour2015

5. Accepting the fact that your birthday will never be THIS good! And it physically hurts.

6. If you cancelled all social plans for the foreseeable future when the boys appeared on 'Strictly' and 'I'm A Celebrity Get Me Out Of Here'

7. Agreeing that Ellie Goulding and Dougie Poynter are the BEST and ONLY couple worth shipping on Tumblr. And the moment Ellie sang 'It's All About You' almost broke your heart.

9. You still argue with people over which video made you cry more from Tom Fletcher on YouTube

Sound like you? Well, now get over to Twitter to cast your vote for McBusted using the hashtag #McBustedBestFans2015!