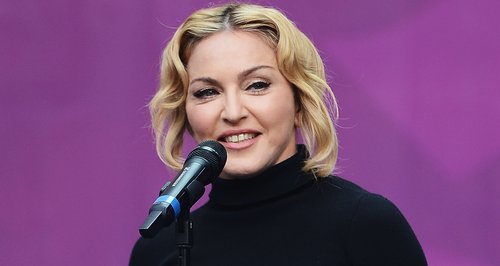 The likes of Lady Gaga, Justin Bieber and Taylor Swift all rank highly on the 2013 list.

Madonna has topped a list of the world's highest paid musician of the year just ahead of fellow pop star Lady Gaga.

In a new list compiled by Forbes magazine and released this week, the 'Give Me All Your Luvin' singer is reported to have earned £125 million over the past year through merchandise sales, a clothing line and the end of her 'MDNA' world tour.

The Forbes list of the highest paid music stars in the world, compiled from earnings made between June 2012 and May 2013, puts Lady Gaga in second place with $80 million earnings thanks to her 'Born This Way' tour and other ventures.

Justin Bieber finds himself at number six on the top earners list with an estimated $58 million with Taylor Swift close behind at $55 million thanks to her 'Red' tour and album release.

Other stars who ranked on the Forbes magazine countdown include Beyonce with $53 million, Calvin Harris with $46 million and Rihanna with $43 million.

Check out the top ten highest paid musicians in the world according to Forbes below: