“Being On My Own Is Scary But Exciting”: Louisa Johnson’s Looking Forward To Going Solo At The #CapitalJBB!

She’s just been confirmed for this year’s AMAZING Jingle Bell Ball line up – so we had to catch up with the X Factor winner & Clean Bandit collaborator to find out how she feels about taking the stage as a solo artist.

Louisa will be taking the stage at London’s O2 Arena on night one of Capital’s Jingle Bell Ball with Coca-Cola, on Saturday 3rd December – and it’s safe to say the ‘So Good’ singer is seriously looking forward to it!

Discussing her feelings about performing solo in front of 20,000+ people, Louisa told Capital Breakfast’s Dave Berry, George and Lilah, “I’m so excited. If Capital’s Summertime Ball was anything to go by then it’s gonna be sick.”

Having performed ‘Over and Over Again’ with Nathan Sykes and ‘Tears’ with Clean Bandit at Capital’s Summertime Ball in June, Louisa will be stepping out on her own at the UK’s biggest Christmas party. 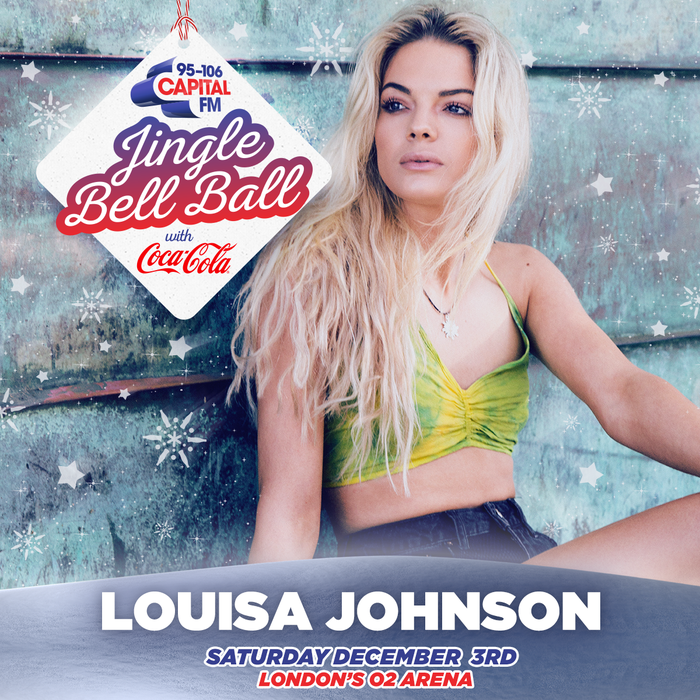 Revealing how she felt about that, Louisa revealed, “Obviously on X Factor I was on my own, but in the real world being on my own is a little bit more scary - but I’m excited!”

Well we remember how great Louisa’s performance was at the Summertime Ball, so just imagine how immense her solo set will be at the Jingle Bell Ball… you might even say it’ll be ‘So Good’!