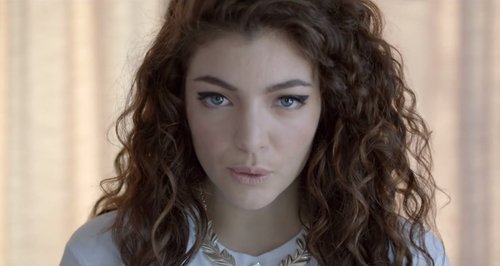 The 'Royals' singer has joined the line-up for the Australian industry event at the weekend.

Lorde has been added to the line-up for this weekend's ARIA Awards in Sydney.

The 17 year-old singer will join the likes of Flume, Tame Impala, Birds Of Tokyo, Vance Joy, Bliss N Eso and Jessica Mauboy on Sunday 31st November.
The news comes after the New Zealand star claimed the top spot on Billboard's Hot 100 chart with her hit single 'Royals' for a ninth consecutive week.

The performance at the event will also be Lorde's first TV appearance in Australia.

Electronic producer and artist Harley Streten, aka Flume, is the most nominated star at the ARIA Awards with eight nods.