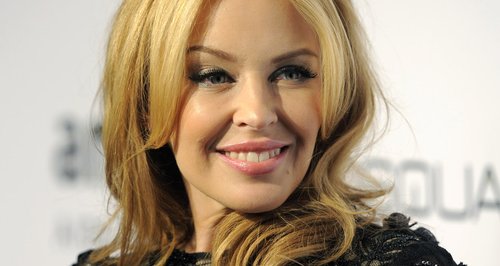 The star debuts the video for her new charity single to raise money for One Note Against Cancer.

Kylie Minogue has unveiled the music video for her new charity single 'Crystallize'.

The clip sees a girl miming along to the song in her bedroom before turning into a fully-fledged popstar.

The star is releasing the track as part of her fundraising campaign for One Note Against Cancer.

Here's my new video for #Crystallize just for you Lovers! If you donated to #OneNoteAgainstCancer, you're part of it! http://t.co/IQfpMBg8OZ

Fans were able to bid for individual notes of the song before the video was put together and have their name featured in the clip's end credits.

Minogue is also currently promoting her single 'I Was Gonna Cancel', which is taken from her latest album 'Kiss Me Once'.