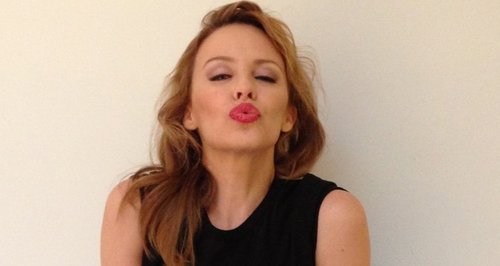 The 'Into The Blue' singer will play 12 dates up and down the country later this year.

Kylie Minogue has announced the UK and Ireland dates for her brand new European 2014 tour.

The 'Into The Blue' star launched her new album 'Kiss Me Once' earlier this year, and will performing 31 shows across 15 different countries for this year.

Kylie kicks off the tour in the UK in September this year, where she will begin the jaunt with 12 dates across both the UK and Ireland.

The Australian pop star's tour will see her perform across cities including Liverpool, Manchester, Nottingham, Birmingham and London.

> Kylie surprises one of her biggest fans!

Tickets for Kylie Minogue's 'Kiss Me Once' tour go on sale from 9am on Friday 21st March.

Check out Kylie Minogue's full UK and Ireland dates on her 'Kiss Me Once' tour below: