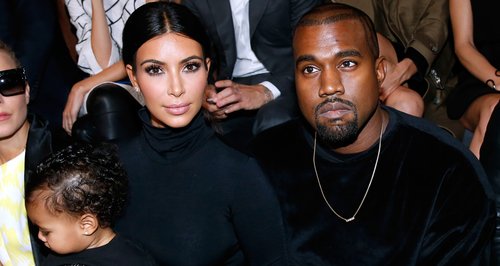 It’s one of the biggest mysteries in the music world, but Kanye West has finally revealed the secret we’ve all been DYING to know – why he doesn’t smile in photos…

Kanye – who normally poses for photos straight-faced – revealed the reason behind his picture-face on stage at The Daily Front Row’s Fashion Los Angeles Awards.

According to E! News, Kanye explained, “Back when I was working on ‘Yeezus’, I saw this book from the 1800s and it was velvet-covered with brass and everything."

"I looked at all these people's photos and they look so real and their outfits were incredible and they weren't smiling and people, you know the paparazzi, always come up to me, 'Why you not smiling?' and I think, not smiling makes me smile. When you see paintings in an old castle, people are not smiling cause it just wouldn't look as cool."

Kanye also revealed that his work in music and fashion helps him to feel closer to God. He explained, “In my opinion, God is the Number one creator, and anytime we create, we're an extension of doing his work on earth.”

"That's why we're here. What can we do for humanity? And you know, in a way, fashion is what defines the time. Everyone has some form of fashion every single day. We have the power to change the world. I believe that through design, because design is the closest to truth, problem solving truth is the closest to love, and love is the closest thing to God, and God is love."