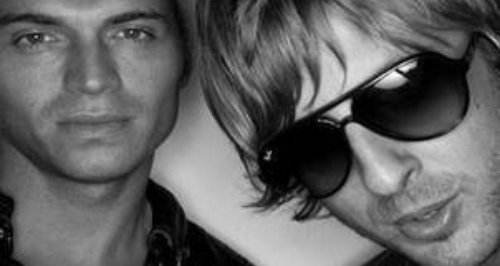 The duo say they are hoping the 'Bound 2' rapper gets in touch about the song's success.

Sigma say they are still hoping to hear from Kanye West after their song 'Nobody To Love', which features a Kanye sample, hit number one earlier this month.

The dance duo's latest single reached number one on the Vodafone Big Top 40 earlier this month, and samples Kanye's song 'Bound 2', but the boys admit Kanye hasn't been in touch.

"We haven't heard anything from Kanye yet," Sigma's Joe Lenzie told the Daily Star this week. "No tweets, but you never know, maybe at some point.

"It's given him a big hit so hopefully he'll appreciate it and jump on the back of it."

The duo also admitted they would love to record something with singer Jess Glynne, who recently featured on Clean Bandit's Vodafone Big Top 40 number one 'Rather Be'.

"She's got a great voice and it would be amazing to work with her," Joe added.

> Kanye & Kim's Wedding: What To Expect